For every kilogram of avocados sold, the company contributes €0.02 towards a Living Wage of workers 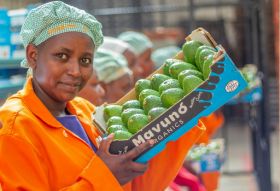 According to the Dutch organics specialist, the initiative is being supported by major retailers across Europe, including Dennree in Germany and ICA in Sweden.

Last year, Eosta introduced the first Living Wage mango and in April it extended the scheme to Kenyan-grown avocados. For every kilogram of avocados sold, Eosta puts €0.02 towards a Living Wage (a new income standard) for the supplier’s Kenyan workers.

The avocados are a driving force of Eosta’s ‘Leave no one behind’ policy that focuses on social inclusion.

“With this, Eosta incorporates the social petals of the Sustainability Flower, in addition to the other ecological and health aspects that are represented in various campaigns,” the company said. “In doing so, Eosta is working towards its overall mission: healthy, fair, organic.”

Eosta said it expects demand for Living Wage products to continue to grow as supermarkets promote them more.

CEO Volkert Engelsman noted: “companies can no longer get away with exploiting workers in far-off countries. As we speak, Germany has draft legislation ready that will force companies to purchase in a socially responsible way.

“And the EU is working on a Corporate Sustainability Reporting Directive that will require companies to report on their sustainability impact from 2023. But why wait for that? The world needs Living Wages right now.”

The Living Wage is a new phenomenon in the international food trade and sets the bar for fair wages that are much higher than what has been customary until now.

With social certifications like GRASP, the minimum wage is the benchmark to guarantee a fair income, but in many countries that means a subsistence minimum that only perpetuates poverty.

The Living Wage is higher because it also takes into account the cost of education, healthcare and some savings to fall back on. This makes structural improvement a reality in the long term.