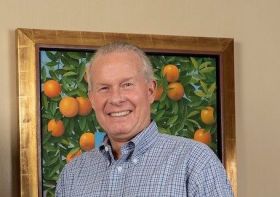 Headquartered in California, Frutura will be led by founding chief executive David Krause, who most recently spent two decades as president of The Wonderful Company’s citrus operation.

D&H based in California and ADR, based in Peru will form the foundation of Frutura’s sales and marketing network as the company works to supply global customers with high-quality fruit, 365 days a year.

This announcement is the first of several planned by Frutura in the coming year and Krause is excited about what the future holds.

“My new position is doubly compelling,” said Krause. “I’m part of a team crafting a brand new company, built for precisely this moment in time in global agriculture. And I get to go on this journey with people I respect and enjoy, from two world-class produce companies I’ve long admired.”

D&H and Agrícola Don Ricardo ADR each bring decades of industry experience to Frutura; D&H as an importer, seller and marketer and ADR as a grower, packer and shipper.

“I’ve come to know David over the last year and have worked closely with ADR management for the better part of a decade,” said D&H chief executive Tim Dayka.

“I’m convinced together we can identify many global supply chain efficiencies to the benefit of our discerning customers, who want the very best produce and who want it year-round.”

Ricardo Briceno, chair of ADR, said the company had been approached before with attractive acquisition offers, but this was the best fit.

“What prompted Rafael and me to make this move, was the time spent in strategic conversation around a shared vision for what we can accomplish as collaborators. This was the ‘fit’ we’d not found elsewhere.”

Frutura has made making meaningful progress in environment, social and governance (ESG) foundational to its operations and said it intends to be both a leader and a resource by bringing significant social and environmental impact to commercial agriculture.

Frutura is a portfolio company of RRG Capital Management. Agrícola Don Ricardo was acquired in March 2021 by RRG Produce Holdco, which has been renamed and branded Frutura. Dayka & Hackett signed an agreement to be acquired by Frutura in June 2021.