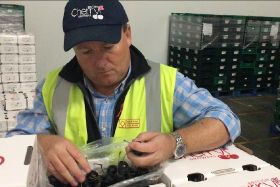 UK cherry growers, particularly in the south, are currently facing a challenging season due to extreme weather conditions in July, resulting in a reduced crop for 2021.

That is according to Love Fresh Cherries, the country's largest representative body for British and imported cherries in the UK.

In June 2021, Love Fresh Cherries predicted a reasonable crop. However, in August, almost three quarters of the way through the picking window, the industry body reported that the challenging weather conditions – particularly over the last four weeks – would reduce that tonnage.

Volumes are now expected to be around 30 per cent down year-on-year, although the quality of the fruit remained of a premium standard, the industry body confirmed.

Matt Hancock, Love Fresh Cherries spokesperson, said: “Whilst we’ve certainly experienced extraordinary and challenging weather conditions causing a slightly reduced crop towards the end of our picking window in August, this has had no impact whatsoever on fruit quality.

"We’re expecting a reasonable crop volume of big and delicious late-season fruit from northern regions including Hereford and Scotland, who have not been affected by the weather, with cherries continuing to be available into September,” he added.

Love Fresh Cherries explained that while the availability of cherries would be down on the forecast by approximately 30 per cent, consumers would still have good access to British cherries in store over the next couple of months.