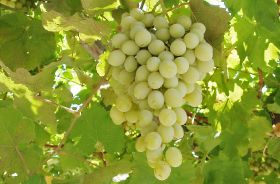 Dried and fresh fruits, including grapes and figs, are Afghanistan's biggest legal export, with Pakistan and India together accounting for 80 per cent of the country's fruit and nut exports.

However, due to long delays at the Afghan-Pakistan border, large volumes of fruit are going to waste before it can be exported, according to a report from the Financial Times.

Jalalurahman, owner of Kandahar-based Era Fruits, told the FT that his latest consignment of lorries, carrying figs and raisins destined for India, took eight days to cross the Wesh-Chaman border to Pakistan, compared with the usual two hours.

Prior to the Taliban's takeover in August this year, much of the fighting had taken place on the country's vital border crossings, the FT reported, "while the banking system remains in disarray and hard currency is in short supply".

Disruptions to exports are therefore cutting off a vital source of foreign currency.

"There is no transfer of white [legal] money to banks," Jalalurahman said. "Half of our money is blocked here in the banks, and half is back with our customers in India. We still try to export just to survive, but there are too many problems."

Kabul-based grape and melon exporter Ahmad Zobair Amiri told the FT that domestic prices had been cut in half due to the economic crisis, while a lack of cold storage facilities meant fruit could not be kept fresh during delays at the congested Torkham border crossing into Pakistan.

"Lots of our goods were destroyed by the sun because they were parked for a long time in containers," he said. "They melted away."