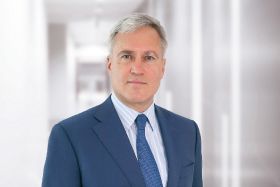 The retailer said it was "imperative" that it achieved the decarbonisation of its business and its partners to "enable a 1.5°C-future".

In addition, the group has joined the Business Ambition for 1.5°C, a global coalition of UN agencies, business and industry leaders, in partnership with the Science Based Targets initiative (SBTi) and the UN led campaign ‘Race to Zero’.

Ahold Delhaize said it had previously worked towards a net-zero scenario by 2050, and had taken a systems approach to building a climate strategy based on Science Based Targets.

It had also conducted in-depth research on the impact of climate change following recommendations from the Taskforce Climate Related Financial Disclosure (TCFD).

“As a 150-year-old company, we are committed to doing our part and ensuring we can keep serving our customers and communities in a responsible way for the next 150 years," said Frans Muller, CEO Ahold Delhaize. "We believe we are taking the right steps, through stakeholder feedback and third-party recognition like the Dow Jones Sustainability Index, ranking us in the top 10 per cent of companies and from MSCI, recently upgrading Ahold Delhaize from an ‘A’ to an ‘AA’ ESG rating.”

Ahold Delhaize’s current target is to reduce carbon emissions from its brands’ own operations by 50 per cent by 2030 (against a 2018 baseline).

Therefore, the Ahold Delhaize brands have pledged to improve their own operations by replacing or retrofitting refrigerator systems with lower greenhouse gas alternatives, installing natural/hybrid systems and minimising leakage from all systems; accelerating the switch to renewable power, with a number of brands using 100 per cent renewable electricity by 2023; and building and remodelling stores in the most energy efficient way by installing LED lighting, adding doors to refrigerators and improving insulation.

The retailer will also switch to low carbon heating, including heat pumps and heat recuperation, convert the light and heavy transportation fleet to zero-carbon alternatives including battery electric vehicles (BEV), and apply an internal carbon price model into investment proposals from its local brands.

In terms of addressing scope 3, Ahold Delhaize said that the biggest opportunity to reduce carbon emissions could be made in agriculture.

This is where Ahold Delhaize brands focus on partnering with farmers to make the transition, by incentivising sustainable change through longer term contracts with concrete environmental requirements and co-investments on their farms.

“Ahold Delhaize’s local brands work with thousands of farmers and suppliers who create hundreds of thousands of products," explained Daniella Vega, global senior vice-president health and sustainability. "We consider this a huge responsibility and a huge opportunity. The brands can drive supplier engagement and work with them to protect and restore forests and other eco-systems.”