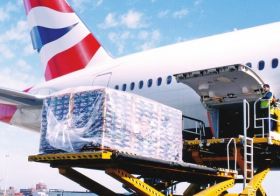 From the beginning of November, the new team has replaced Qantas Freight, the carrier’s previous general sales agent (GSA) in Thailand, and will be based in a new office at WFS-PG Cargo, located at Bangkok's Suvarnabhumi Airport.

The creation of a new sales office - established following a mutually amicable agreement with Qantas Freight - represents a significant boost to BA World Cargo’s operations in Thailand, where the carrier is aiming to build on its recent solid performance.

Latha Narayan, BA World Cargo's commercial manager for South-East Asia and Australasia, commented: “This appointment is a positive step forward for BA World Cargo in Thailand and demonstrates our commitment to customers in the region. We’re looking forward to strengthening the support we can give to customers wishing to take advantage of our unrivalled network.”