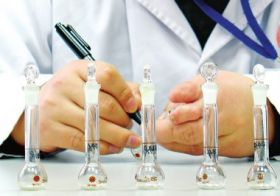 Dutch horticulture organisation Productschap Tuinbouw has teamed up with RIKILT, the country's Institute of Food Safety based in Wageningen, to put together a new database listing all of the pesticide MRLs set to be permitted under a new harmonised, EU-wide system set to be introduced from 1 September 2008.

Following years of work to harmonise EU the regulations governing pesticide MRLs for fruit and vegetables, the introduction of the new system – whereby one MRL will be valid for all member states – is expected to bring more clarity to a policy area which in the past has caused confusion for fresh produce suppliers inside and outside Europe.

However, some within the trade have criticised the recent lack of progress in harmonising MRLs. Many retailers, most noticeably in Germany, now insist on setting their own MRLs - many of which are fractions of the agreed harmonised levels.

The Productshap Tuinbouw / RIKILT database, which is linked to the Early Warning and Response System, can be found on the RIKILT website.