Spanish artichokes on show in Poland

Artichokes from the Valencian province of Benicarló will be showcased this month at an event in the Polish capital, Warsaw 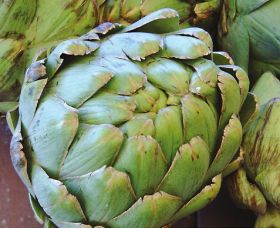 The Spanish province of Benicarló is planning to visit Poland from 13-14 January to begin a promotional campaign aimed at boosting sales of its artichokes in the country.

A delegation from the Valencian province, together with the Spanish embassy, local cooperative Benihort and regulatory body DO Alcachofa de Benicarló, will stage a product tasting in a Warsaw restaurant for distributors, supermarkets and restauranteurs.

The event will feature a range of artichoke dishes prepared by four leading restaurants from Benicarló, a video detailing the production of the vegetable and information leaflets in Polish.

It will also preview the first entry of Benicarló-produced artichokes into the Polish market, with the province expecting to export a small amount of the product (0.8 tonnes) into the country this season through major Spanish cooperative Anecoop.

The trail shipment will be sold in flowpacks accompanied by leaflets detailing the products’ origin and its health benefits.

Ramón Tomás, agriculture representative for the Valencian province of Castellón, which includes Benicarló, told local newspaper Levante that the promotion was aimed at increasing awareness of artichokes and their culinary qualities in Poland.

The reason, he explained, was that artichokes were still relatively unknown in eastern Europe, adding that many people did not know how to prepare them.