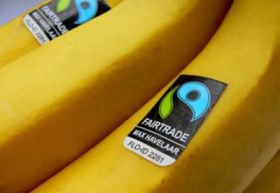 European sales of Fairtrade fruit and vegetables grew by 92 per cent last year, as a result of an increase in commitment to Fairtrade products by supermarkets across the continent.

That was the view of business research and consulting group Organic Monitor, which has published a report into organic and Fairtrade sales entitled European Market for Ethical Fruit & Vegetables.

The research shows that northern European countries have taken to so-called ethical fresh produce in a significant way, with over 5 per cent of all fruit and vegetables sold in countries such as the UK, Germany and Finland during 2007 certified as Fairtrade or organic. In Switzerland, Fairtrade and organic fresh produce boasts a 10 per cent market share, the report claims, while 25 per cent of all bananas sold in the UK are certified Fairtrade.

According to the report, retailers are striving to combat supply shortages in the organic fresh produce industry, with companies developing new global supply chains to ensure a continued stream of organic fruit and vegetables. "European organic production is not keeping pace with demand," said an Organic Monitor statement. "Indeed, several European countries are reporting declining areas of organic farmland."

The study also attributed the increase in ethical product sales to increased customer awareness of what Fairtrade stands for. "Fairtrade products are becoming popular as consumers believe product purchases have a direct impact on third-world poverty," the statement said.

Organic Monitor, launched in 2001, specialises in the global organic and related product industries, providing a range of services to operators in high-growth ethical industries including market research publications, business consulting and workshops.