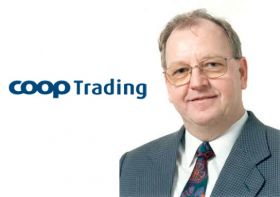 Svend Aage Kristensen, familiar to many in the trade as one of its most skilled and popular buyers, is set to retire at the end of August after a distinguished career spanning almost five decades, during which time he worked mostly as a fresh produce buyer for the Nordic consumer cooperatives.

In 1968, following a short training period in the US, Mr Kristensen became a fresh produce supervisor for one of the Danish Coop’s supermarkets, then joined the Danish Coop head office that same year as a produce buyer.

Three years later, he was promoted to the post of fruit and vegetables buyer at NAF International, the joint purchasing organisation for the Nordic consumer cooperatives.

Mr Kristensen returned to the Danish Coop as chief fruit and vegetable buyer in 1975, before taking on the same role at NAF international’s Copenhagen head office in 1980. In 1992, NAF promoted him to purchasing director.

Then in 2006, he oversaw the firm’s transformation into a purchasing company, Coop Trading, with responsibility for international sourcing and the development own brands for Coop in Denmark, Norway, Finland and Sweden.

Commenting on his decision to retire, Mr Kristensen said he had taken a great deal of enjoyment from his career, which gave him the chance to travel and, despite some tough negotiations, make many friends.

“All good things must come to an end,” he said in a statement. “When I look back, these years were characterised by many changes in our business and not least in the Nordic Coops. These changes demanded both flexibility and creativity from every one of us.”

Looking back, Mr Kristensen said he was proud of the difference he and his colleagues had made to secure better and safer products at more competitive prices, while still improving conditions for growers in the third world.

“I would like to take this final opportunity to sincerely thank you all for your trust in Coop and me and for the years we worked so well together.”