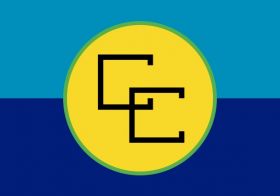 Countries belonging to the Caribbean Community (Caricom) have threatened to walk away from any consensus on global trade talks should the system favouring Caribbean fruit exports to Europe be overturned, according to the Jamaica Gleaner.

Two and a half years ago, it was ruled that ACP countries could export up to 775,000 tonnes of bananas annually to the EU duty free, while other exporters would have to pay a tariff of €176 a tonne. The WTO, following complaints from Latin American producer-countries such as Ecuador, has since concluded that such a quota tariff is unfair.

However, fearing that Latin America producers, who are already the major suppliers of bananas to Europe, would wipe them out completely if the tariff were lowered substantially, regional leaders have begun considering retaliation, according to the Jamaica Gleaner.

In a communiqué released from last week’s summit of regional leaders in Antigua and Barbuda, heads of government stated that “if the outcome of the WTO Doha Development Agenda negotiations are to be balanced, there must be suitable treatment for bananas and other products that are subject `to` long-standing preferences and that, if this were not to be the case, Caribbean countries would find it impossible to join in any consensus that may emerge in the current talks”.