St Vincent and the Grenadines has been hit by the storm, which has been rampaging across the Caribbean this weekend 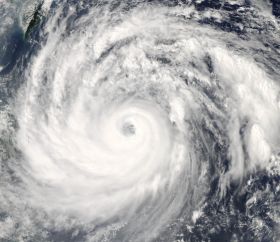 Banana production has been seriously hit in the northern areas of St Vincent and the Grenadines after Hurricane Tomas smashed into the country this weekend.

That was the verdict of prime-minister Ralph Gonsalves, who told local media that not a single banana tree had been left standing in the northern part of the group of Caribbean Islands.

"Agriculture is gone completely. Not a banana tree is left standing in the north of the country now," Mr Gonsalves told the Trinidad Express Newspaper. "Our farmers have been adversely affected."

While initial damage assessments were still being carried out, Mr Gonsalves said that some 500 houses had been damaged, with hundreds of citizens stranded. However, it was the agricultural industry – with banana production employing more than 60 per cent of the workforce and accounting for more than 50 per cent of merchandise exports – that was of great concern.

"We need to have agriculture replanted and we need support for our farmers," he added. "It was a big hit but we are resolute people."

Hurricane Tomas, which has now been downgraded to a tropical storm, has also hit St Lucia, Martinique and Barbados, and is expected to threaten Jamaica and the Dominican Republic over the next week, according to a forecast by the National Hurricane Centre.