A short crop and poor infrastructure has been blamed for Pakistan’s failure to reach its kinnow export target of 260,000 tonnes this season 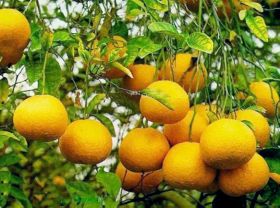 According to a report in the International News, the failure to achieve the target was the result of a decrease in production this year coupled with poor infrastructure in the country.

Rain and hail in February were responsible for the drop in volume former chairman of the All Pakistan Fruits and Vegetables Exporters, Importers and Merchants Association, Waheed Ahmed, told the newspaper.

“The exports remained lower because of a decline in production due to inclement weather conditions," he said.

This season production fell to 1.4m tonnes, down from 1.8m tonnes last year.

He added that export markets were performing well this year with the main markets of Russia, Iran and Dubai taking 35 per cent, 25 per cent and 20 per cent of exports, respectively. Other buyers were Saudi Arabia, United Kingdom, the Netherlands, Canada, Hong Kong, Philippines, Indonesia, Sri Lanka Bangladesh, Mauritius and Sudan, the newspaper reported.

Despite volumes being down, Mr Ahmed said fruit quality was good.

“The fruit size is bigger and the crop healthier this year. The recent floods provided sufficient water and full weight to the fruit. The price increased to $US5.5 per 10kg in the international market.”