The popularity of home cooking is boosting the onion and garlic market, both of which are in healthy growth. Chloe Ryan reports 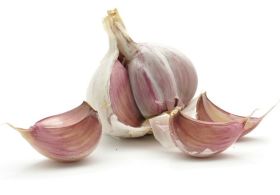 Onions and garlic, two staples of savoury home cooking, have had a strong year, growing steadily in both value and volume.

The continued growth in home cooking, triggered by the recession, has buoyed the market for both products, according to Andrew Burgess of Produce World. “We believe that people are returning to scratch cooking more, which is why ingredients like onions and garlic are benefitting. They also fit with the more modern, international meals which are becoming more of a staple in the British diet.”

Growers are currently harvesting the early crop of both onions and garlic, following a challengingly cold spring. Last year, the UK onion harvest was approximately 20 per cent down following a wet and cold growing season. The main September harvest, which accounted for 55 per cent of the British crop, ran two weeks later than normal but size and quality were good and storage potential remained normal, according to Patrick. This year the crop is looking better, although conditions are still challenging, he adds.

“The cold spring meant the crop got off to a slow start and although some ground has been caught up in this hot weather it won’t be a big crop,” explains Burgess. “Quality prospects are good at this stage with leaves well waxed and healthy. We are now entering the crucial six weeks to harvest and if the weather stays good then we’ll be okay. If we get a repeat of last year then we will have another year of hard work ahead of us to keep our customers supplied with good-quality onions.”

Gerard Hoekman, manager of The Greenery’s Mulder Onions in The Netherlands, describes this year’s growing season as “stressful”. “We have had too cold a spring with a lot of rain and no sun,” he says. “Now it is the opposite; it is extremely hot, we have had several days above 30 degrees, we haven’t had rain for about three weeks and it means that the product is under a lot of stress and that shows in the yields of the early sets, which are down.”

Colin Boswell of The Garlic Farm on the Isle of Wight says the poor weather last year meant garlic yields were 50 per cent down. This year the crop is looking better both in terms of quality and yield, he says. He is currently harvesting Elephant bulbs, and the later Provence Wight, Solent Wight and Chesnock Wight varieties look very promising this year.

Prices, like the weather, have also been volatile. Those growers who managed to harvest in the dry weather last autumn were able to secure good prices for their crops, says Patrick. Those who were not did not get such good prices. At retail level, onion prices increased slightly more than other fresh vegetables, Patrick adds, reflecting the fact there was a 20 per cent reduction in yield in the British harvest last year.

This year Produce World has launched larger sizes of garlic bulbs and garlic packs to meet consumer demands. In addition, the company works in partnership with one of its Spanish growers to supply the purple striped Spanish Marado garlic, which it says is the best quality in the world.

The Garlic Farm has also continued to innovate with added-value products such as garlic pork crackling and garlic popcorn being added to the business’s line up of around 60 other garlic products such as garlic pickles, dressings, chutneys and mayonnaises. “We continue to diversify and we are now using several smaller specialist producers to make new products for us,” says Boswell. “Diversifying has been critical because we are more interesting to our customers,” he adds.

British Onions has been spending £80,000 a year working with PR agencies to promote the crop. This money has been used to devise onion recipes with chefs and has generated publicity such as an item on the health benefits of onions featured on The One Show last year.

However, Patrick says British Onions has decided to pause all promotional work while it reviews the best way to get the message across. Onions, he acknowledges, are a tricky vegetable to promote. “Everyone knows how to use an onion,” he says. “We were very good at spending money to promote our industry, but it is very difficult to evaluate the payback on that. So we are right in the middle now of reviewing what is the best way to promote our industry.” —