Irish yields up nearly 50 per cent on 2012, with bumper crops of apples, plums and pears 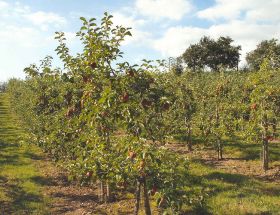 Ireland is savouring its best fruit harvest in a decade

Ireland is savouring its best fruit harvest in a decade.

The Irish Independent reported that the hot summer combined with strategic seasonal rainfall had boosted yields., with bumper crops of apples, plums and pears.

Growers in Cork, Tipperary, Wexford and Waterford have indicated that yields will be almost 50 per cent up on 2012, the paper reported.

Last year, apple yields in some areas of Ireland were down by almost 70 per cent due to the poor weather conditions. Nationally, the harvest last year was down by over 30 per cent on 2011.