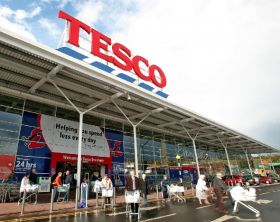 Tesco will spend £68m (US$110m) on its entry into India’s retail sector, according to media reports.

The British retail giant is expected to purchase a 50 per cent share in Trent Hypermarket, a company owned by the Mumbai-based Tata Group.

India’s Foreign Investment Promotion Board formally accepted Tesco’s bid to enter the multi-brand retail segment on Monday (30 December, 2013), paving the way for the company to set up the “practicalities” of its joint venture with Tata, the BBC reported.

Tata currently operates 16 Trent Hypermarket stores in southern and western India, with Reuters India suggesting this number will grow by three or four stores a year through Tesco’s investment.

The move follows a revamp of regulations governing foreign direct investment (FDI) in Indian retail during August 2013, after a distinct lack of interest from offshore firms in the market.

Under the previous regulations, foreign retailers were required to source 30 per cent of their products from small Indian companies. Multinational conglomerates such as Tesco now have up to five years to reach this threshold, granting them the option of importing more goods from overseas initially.

The revised policy also gives state governments the power to allow FDI-funded retail stores in cities of their choice, opposed to those with populations of more than 1m residents under the old policy.