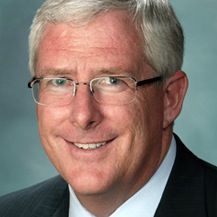 Ed Lonergan, Chiquita CEO and president, said the decision to return to focusing on core businesses helped to improve results

A focus on core activities has helped Chiquita reduce its net loss for both the fourth quarter and full year of 2013.

In its results report, the US giant said that its GAAP net loss for the final quarter of the year came to US$33m, a major reduction on the loss of US$333m recorded in the same period of 2012. Net sales, meanwhile, climbed from US$738m to US$748m, with banana sales stable and salad and healthy snack revenue up 2 per cent to US$228m.

"Chiquita's improved results in 2013 reflect our decision to return our focus to the core businesses, and the first full year of execution" said Ed Lonergan, Chiquita's president and chief executive officer.  "Throughout the year and into the fourth quarter, we grew sales volume in both our North American banana business and our retail packaged salad business, and we continued to leverage our premium brand in the European banana market. We exited non-core, unprofitable businesses and delivered our promised SG&A and value chain efficiency initiatives in the year."

By sector, bananas sales remained consistent in 2013 at US$2bn, primarily due to lower volumes in Europe and the Middle East, principally resulting from the strategic decision to prioritise profitability over volume, and lower weekly market prices in North America, offset by higher banana sales volumes in North America and higher local pricing in Europe.

"While we continued to make progress against our strategic initiatives in the quarter, we did face continued headwinds from the startup of the new consolidated Midwest salads production facility, which are now largely behind us," Lonergan continued. "As well, we faced certain challenges in the supply and pricing of our raw products.  We faced a large oversupply of bananas in the quarter which negatively impacted the weekly trading markets globally.

"The market is only now moving back toward balance," he added. "In addition, in our salad business, we experienced early quarter iceberg supply shortages and late quarter oversupply of raw salad products as a result of weather across our growing regions.  Despite the challenges, we made substantial progress in the year and remain on glidepath in 2014 to deliver our long term financial targets."