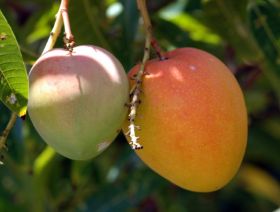 Indian mangoes are one of five products banned by the EU

India has had its market access for five fresh produce lines revoked by the European Union (EU).

The ban, which affects imported Indian mangoes, aubergines, taro and bitter and snake gourds, was endorsed by EU Member State experts at the Standing Committee on Plant Health on Wednesday, 26 March.

The move comes after several apparent breaches of the EU’s phytosanitary import requirements, according to the European Commission, which claimed pests not native to the EU were found in 207 consignments of fresh fruits and vegetables from India during 2013.

While the products listed under the ban represent less than 5 per cent of total produce imports from India to Europe, the commission claimed the introduction of new pests “could pose a threat to EU agriculture and production".

The ban is set to take effect from May this year and will be reviewed by December 2015.