A salad grower has got the green light for largest expansion of glasshouses in Lea Valley for 50 years, creating 40 new jobs 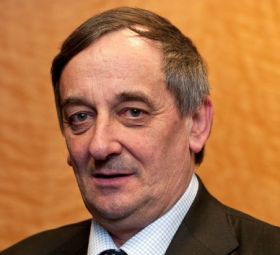 A major expansion for a salad grower has been approved and will allow 21 acres of glasshouses, creating 40 jobs and marking a significant commitment to British-grown produce.

Valley Grown Nurseries, in the Lea Valley, was granted planning consent for the area’s largest expansion in glasshouse salad crop production for 50 years.

The development will also boast a renewable energy plant, water storage for recycling and an improved wildlife habitat.

NFU president, Meurig Raymond, said there is “tremendous scope” to grow more salad crops to meet public demand for British produce. “I’m delighted that the planners have recognised this and taken this decision to back British farming,” he said.

“Self-sufficiency in the horticultural industry has fallen for a number of years and we now import four out of every five tomatoes eaten in this country - at a time when the public are actively seeking to buy quality British produce.”

Speaking on BBC Radio 4’s Farming Today programme this morning (21 May), Lea Valley Growers secretary, Lee Stiles, said: “The development means we can attain a bit more self-sufficiency in crops such as tomatoes and sweet peppers, which need newer and taller glass.”

Stiles told the programme that in order to grow self-sufficiency levels, the UK’s salad crop industry must build to the levels that glasshouses were at before the war. He said Lea Valley used to be around 1,100 acres of glass in the 1950s, and is now down to 150 acres.

He added that the main objection to the application, which took three years to be approved, was the visual impact of new glasshouses, from local residents and Lea Valley Park Authority. “It is quite absurd that there are objections to putting a glasshouse in an area that has historically had glasshouses. The alternative is that we rely on foreign imports,” he said.

The planning application supported by the NFU with help from its Legal Assistance Scheme and producer group Lea Valley Growers.

“We have a great opportunity to grow more local food, reduce food imports and create local jobs through glasshouse expansion in the Lea Valley,” Stiles said.

“The horticultural industry in the Lea Valley still directly employs more than 1,000 people and produces cucumbers and peppers with a retail value of £1 billion to the UK economy. Schemes like this will help ensure it has a viable future.”