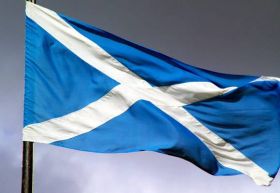 With less than a week to go until the Scottish independence referendum, it’s no longer a case of sharpening the knives, it’s about striking with them. And hard.

Reports suggest that up to 20 per cent of Scotland’s four million-plus registered voters still don’t know whether they will answer ‘yes’ or ‘no’ to the question, ‘Should Scotland be an independent country?’ on Thursday (18 September).

In a last-ditch bid to lure a potentially decisive proportion of this camp into giving the feeble ‘Better Together’ campaign its wish of keeping the United Kingdom together, the ‘No’ camp has ensured that fears expressed by leading supermarket chiefs over a possible price rise for groceries in the event of Scotland going solo have received sufficient coverage.

It’s cynical, but effective politics – hogging the spotlight at the key moment, and preying upon the fears of those who struggle to put decent meals on the table day in, day out as it is.

A study by Mintel conducted towards the end of last year showed that less than a quarter of the UK gets its 5 A DAY, with lower income families in particular missing out.

Studies such as this, combined with the myriad, practically-clichéd stories that come out annually and rank Scots towards the lowest end of the public health spectrum, illustrate that a rise in fruit and vegetable prices could put untold pressure on the Scottish health service – an institution that the Institute for Fiscal Studies has already warned could struggle in an independent Scotland, even if the the Scottish government's prediction of likely oil revenue of £7 billion a year is realised.

The majority of Scottish growers FPJ has spoken to have been tight-lipped about the possible ramifications of independence. But could they be the ones to benefit from a grocery-related fall-out ? A time, one presumes, during which Scots will be seeking left, right and centre to cement their newly-parametred national identity, and also a period in which supermarkets will be looking to cut 'import' costs.

The fate of such things is in the lap of that '20 per cent'.