John Atkin to retire at the end of 2014, with Jon Parr, who has worked for the crop protection giant since 1987, set to replace him 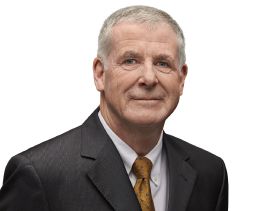 Parr has worked for Syngenta and its legacy companies since 1987. A spokesperson for Syngenta said: "Parr has broad experience across both crop protection and seeds including commercial and supply chain roles. From 2009 until the end of 2013 he was regional director for Europe, Africa and the Middle East where he successfully drove the integration of the business while achieving significant growth in sales and profitability. Since the beginning of 2014 he has held the role of head of global crops and assets, targeting the optimization of global crop and product platforms."

Mike Mack, Syngenta CEO, said: "John Atkin played a pivotal role in the creation of Syngenta by successfully merging two crop protection businesses to form a clear industry leader, the strength of which continues to be a cornerstone of our integrated strategy.

"Throughout his tenure, John's determination and keen judgment have been invaluable to us, and the quality of his leadership has been appreciated across the company. On behalf of the board of directors and the executive committee, I should like to thank John for his outstanding contribution and to wish him a long and happy retirement. I am confident that in Jon Parr we have found a strong successor to sustain our focus on growing the business and improving profitability."