Tesco to be investigated by Serious Fraud Office 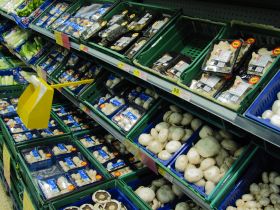 Beleaguered retailer Tesco is under criminal investigation from the Serious Fraud Office (SFO) for accounting irregularities, it has been announced.

The investigation will replace the survey by the Financial Conduct Authority (FCA), which was itself in addition to the retailer-commissioned review by auditors Deloitte and legal advisors Freshfields.

A statement from the retailer said: "Tesco has been cooperating fully with the SFO and will continue to do so."

The news comes as last week the UK’s largest retailer announced that its half-year profits had been overstated by £263m, up from an initial estimate of £250m, prompting chairman Richard Broadbent to step down.

And it confirmed that its procurement unit Group Food Sourcing (GFS), responsible for sourcing fresh fruit and vegetables sold in its stores worldwide, was in the habit of bringing forward and deferring the commercial income it expected to receive from suppliers over a number of years, the retailer has confirmed.

Eight executives have been suspended since the start of the accounting scandal, reportedly including UK managing director Chris Bush and head of GFS Matt Simister.