Despite initially offering a more charming tale, a Leeds duo have each been jailed for three years for intentionally growing cannabis 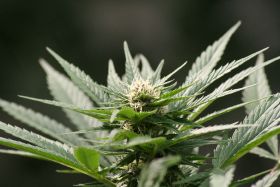 Two men who were caught growing cannabis worth over £100,000 told police they thought they were growing "Western vegetables".

Chien and Hieu Nguyen have both been jailed for three years for the crime, four months after they both pleaded guilty to producing cannabis.

The Vietnamese nationals initally tried to deny responsibility for the offence after being arrested. They claimed they thought the plants were “Western vegetables” and did not know they were breaking the law.

Police forced entry to the property on October 19 last year after being alerted by a strong smell of the class B drug coming from the property.

According to the Post, officers found Hieu hiding in the framework of a sofa, and Chien in the void above a fake ceiling.

Timothy Jacobs, mitigating, said the two men had been paid by others to look after the plants, and were unaware of the scale of the operation.