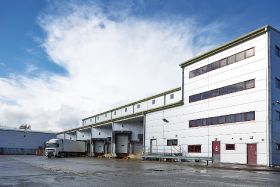 Foodservice supplier KFF (or 'kff') has started the ball rolling with its expansion plans after 18 months of strong growth.

The first of KFF’s planned major developments sees a £750,000 renovation of its Witney depot in Oxfordshire, quadrupling it in size from when it was originally acquired in 2010 as a small satellite site.

This expansion has enabled KFF to add five new delivery routes, with the potential of 20 more beginning in the future, giving drivers greater accessibility to both current and potential customers.

The site now has the potential to transport within a 40-mile radius of KFF’s Oxfordshire depot, opening up the M4 corridor for the company.

In addition, the expansion at Witney has also increased the number of jobs for people in the local area from six to 24, three of which are management roles.

The Witney renovation has resulted in three significant new storage areas, increasing the capacity of frozen goods by 55 per cent, chilled goods by 90 per cent and ambient goods by 80 per cent, which enables KFF to house its full product range, rather than transporting certain products up from the Aylesford depot.

KFF MD, Chris Beckley, said: “The expansion of our Witney depot is a sign of things to come as we look to expand further north in addition to our main depot in Aylesford.

"As well as achieving excellent energy and resource savings, the expansion has allowed us to greatly improve our service levels to customers along the M4 corridor, and also demonstrates our commitment to that area.”