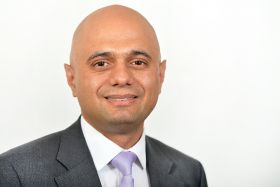 Better trade links between the European market and the Middle East is one of the first jobs of the new committee, which is headed up by business secretary Sajid Javid.

Following a visit to Jordanian capital Amman in January, the task force will work with Middle Eastern governments to “create the right conditions for the private sector” and help encourage growth in the sector.

The idea is that stronger economies and growth will create jobs and opportunities for those displaced in the region due to the Syrian crisis and other conflicts in the area, a statement from the Department of Business, Innovation & Skills (Biz) said.

“Having recently taken a business delegation to Jordan to explore what opportunities and investments they could share with the country, I know the benefits the private sector can bring in,” said Javid.

“I will be inviting members of the business community to join me in working out the best route to prosperity for the entire region and setting an economic course to prosperity.”

British and international businesses from across a range of sectors that have demonstrated an interest in the Middle East will be invited to become part of the task force and look at developing business opportunities.