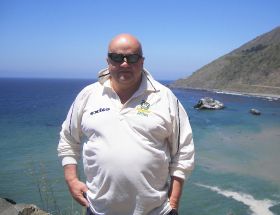 Philip Johnson, owner and managing director of PJ Produce and a leading supplier to the Subway franchise, has passed away. He is understood to have died suddenly last month at the age of 58.

PJ Produce was established in Runcorn, Cheshire in 1999. By the end of the following year, the company began working with the Subway brand, supplying fresh salad produce to just one store – a relationship which continued to grow.

In 2009, PJ Produce was appointed as the sole fresh produce distributor by European Independent Purchasing Company (EIPC), which sources food for the Subway chain. Backed by the EIPC deal, PJ Produce invested in its network, adding an additional depot in Buckinghamshire in 2008 and now supplies lettuce, tomatoes, cucumbers, peppers, onions, milk and some packaging items to all Subway stores in England and Wales.

A life-long cricket fan, Johnson was a former president and longstanding member of Weaverham Cricket Club. Every Saturday during the season, he could be found supporting all of the club’s teams, from the under 11s to the 1st XI.

Dean Madden, director at PJ Produce, said: “I remember us both sitting at my kitchen table one Sunday morning when he asked me to join the company [in 2006]. He spoke about the Subway brand with a real passion and with a glint in his eye, he said to me: 'I really believe in the Subway brand and all I can ask is that you believe in me.' That was the start of a very special relationship where trust and belief was the key. We didn’t always agree, but we knew that we both had a common goal, to ensure the supply of quality produce and to put SubwayfFranchisees first.

“Since 2006 we’ve moved premises, added an additional depot in Long Crendon and have never looked back. This is all due to having a special bond with EIPC, Subway DAs and franchisees, which Phil worked so very hard to achieve.”

EIPC chief executive Bryan Griffiths said: “Phil was a very special person, who was responsible for building a fantastic, customer-led business as he helped Subway franchisees grow their businesses in the UK. His understated and wholehearted approach to our work together was a joy to watch and experience.

"Phil’s story with the Subway brand, and how the relationship began, was unique - starting with just one store, and then word spread amongst the franchisee community that there was a supplier who would bend over backwards to support them, growing his business to become the sole distributor for England and Wales. It made our job of scaling this part of our operation straight forward, as the brand started to take off around 2004. And as we expanded the brand across other countries, and went further up our supply chain to begin sourcing direct, Phil was with us to help, guide and coach the team.

“My lasting memory of Phil’s relationship with his customers was the most recent (of many) Customer Service awards he received at a Subway Convention, when 2,000 people gave him a standing ovation. Store owners, who truly valued the service he and his team provided. It was a rare experience, but a great message about the power of serving your customer, and the importance of the person if business relationships are to deliver at a higher level.

“Phil will be missed by all of us, but he leaves a strong and dedicated team at PJ Produce, who I know will go from strength to strength, and make him proud.”

Mike Attwood, Purchasing and Supply Chain Director at EIPC, added: “Phil was, without question, the most customer-focused supplier I have come across in my entire 35-year purchasing career. No request from a customer or franchisee was too much trouble and he would lay on deliveries at short notice, or out of hours to help out franchisees without ever making a fuss or worrying about the cost.

“He won numerous awards for his fantastic service over many years to the obvious appreciation of the Subway development agents and franchisees who saw him more as a friend than a supplier. He quite rightly appreciated the recognition - when PJ’s party side would come to the fore - but he was genuinely just happy that his customers were happy with him.

“Phil was so passionate about customer service that we plan to create a PJ Award for Outstanding Customer Service in his memory. This will be awarded each year to a supplier or person that may get close to the standards achieved by the great man himself.

“He was a very generous man, giving freely to many charitable causes without being asked. When the team at EIPC grew moustaches for Movember in 2012, PJ was one of the first contributors with a more than generous donation to the cause - just one example of the man with a very big heart indeed.

“It is a tragedy that such a person has been taken from us so early. Many people had the good fortune to know Phil and writing this provokes some happy memories of a lovely bloke in so many ways.”

Abbie Gregory, director of CSR and product management at EIPC, said: “I had the immense pleasure of working with Phil from the day I joined EIPC, back in 2004. Along with his committed and loyal team, he was instrumental in helping us set up the produce supply chain for Subway franchisees in England and Wales, providing fresh produce to every store, regardless of where they were based. It was challenging back then, with low store density and stores in all four corners of the country, but Phil relished the challenge and took it on willingly. This was so typical of his can-do attitude – whatever we needed, Phil was only too happy to find a solution, and that continues today.

“As his business grew, he never lost focus on his customers, always going the extra mile. Everybody loved Phil for that. He and his team were recognised numerous times by EIPC and the Subway system for their service and support, winning award after award. I simply cannot put into words how devastated we all are at Phil’s passing, but what a legacy he has left behind. We shall miss him enormously, but his fantastic team will continue his legacy and I’ve no doubt, will make him immensely proud. Thank you, Phil, for everything.”