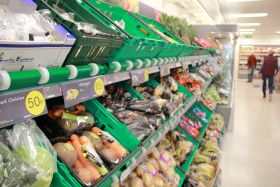 Iceland Foods is embroiled in a dispute with the country

The Icelandic government has said it is determined to pursue legal action to invalidate Iceland Foods' exclusive control of the word “Iceland”.

The decision comes after Iceland Foods refused to relinquish its controls over the word during discussions with the Icelandic government. The spat between the country and retailer has been escalating recently, with the supermarket offering to send a high-level delegation to Reykjavik to resolve the issue.

Iceland CEO Malcolm Walker has urged the the Icelandic government to seek a “sensible coexistence agreement” in order to avoid the time and money that legal action will cause.

He said: “While we have no wish to engage in a public argument with our friends in Iceland (the country), it is important for people to understand that a number of their comments on this issue are factually incorrect.”

Walker said he disputes the Icelandic government’s claims that they have “made multiple efforts to negotiate with Iceland Foods”.

A statement issued by the Icelandic Ministry of Foreign Affairs (IMFA) on 2 December suggested discussions are no longer on the table. The statement said: “The registration of a country name that enjoys highly positive national branding to a private company defies logic and is untenable as it hinders companies and entities to register their products with their country of origin. This issue is a matter of principle with important global implications for trade in goods and services and Icelandic authorities will bring it up at the relevant international level.”