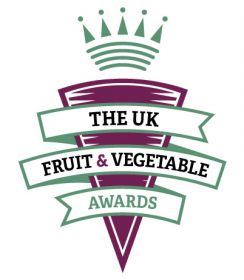 FPJ subscribers have been voting in their droves for the winners of the UK Fruit & Vegetable Awards, and we can now reveal the winners.

The winner of the Fresh Produce Grower or Supplier of the Year Award was Branston, which edged out fellow potato grower Greenvale in a closely contested category.

Reynolds followed up its success in last year’s awards by winning the Wholesale or Catering Supplier of the Year.

There were two awards for Aldi, with the discounter winning the Coveris Fresh Produce Retailer of the Year and Marketing or Digital Initiative category, the latter for its Team GB sponsorship.

G’s was the winner in the Barfoots Sustainability Award, with Tesco taking the trophy in the Best Retail Concept category for its Free Fruit for Kids initiative.

There was a dead heat in the Charitable Initiative category, where readers could not choose between The Great Fruit Adventure and Nationwide Produce & Three Musketeers. Both entries will therefore receive a winners’ trophy.

TIPA, the company founded by entrepreneur Daphna Nissenbaum, won in the Product or Packaging Innovation category for its ecological packaging.

Vitacress also collected two gongs, winning in the Initiative in Growing or R&D category for its major investment in a herb facility, while its long-serving PA Carrie Hutchings won the Unsung Hero award, where she narrowly beat runner up Stuart Knight of Wight Salads.

Daniel Gunner of ISS, who has made an impressive start to his career in the finance department, was named MorePeople Young Person of the Year.

This year’s Greenvale Lifetime Achievement Award was nominated by the FPJ editorial team, with the award going to Adrian Barlow, who retired as chairman and chief executive of English Apples & Pears in 2016 following a career in which he tirelessly helped build sales of and promote home-grown top fruit.

FPJ editor Michael Barker said: “It was another hotly contested awards, and all of the winners are thoroughly deserving of their trophies for their outstanding work over the past year. FPJ readers voted in vast numbers and we’re delighted to see this level of engagement from the industry.

"We’ll be reopening the awards for entries later in the year, so look out for further information on how to enter and be in with a chance of being your peers’ champions.”

For a full report on the winners and runners-up, see this week’s FPJ, out Friday 13 January