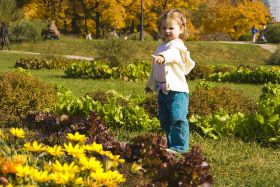 A new BBC show on community flower and landscape projects will bring a positive community message to our screens according to it’s presenter Chris Bavin.

Britain in Bloom follows the efforts of 15 communities around the UK to brighten up their towns and villages ahead of competition judges' arrival.

The show takes its title from the 55 year-old Britain in Bloom scheme, which was setup to boost the floral showing of British townscapes, much like France’s Fleurissement de France.

Presented by former flower and fresh produce wholesaler Chris Bavin, whose career began at Western International Market, it will first air on 23 April, running for three weeks up to the Chelsea Flower Show.

Bavin told the FPJ that the show’s portrayal of communities working together will bring a welcome message to the airwaves, which are often given over to negativity.

“It’s about flowers and plants but also communities coming together at a time when people are quite disconnected from their environment. We live in quite transient societies, something like Britain in Bloom goes a long way to helping people connect, make friends and feel part of the community,” said Bavin.

“We had the young an old working together, people from different social backgrounds and religions.  We had a Sikh temple working hand in hand with the Church of England for example, all for flowers.

“I think people need a bit of positivity, there’s so much bad news and negativity, but this shows it’s not all doom and gloom. Hopefully people will be encouraged to get out into the garden and start planting or get involved with Britain in Bloom.”