With new site close to M6 corridor, wholesalers think they can steal business from likes of Wolverhampton, Leicester and Nottingham 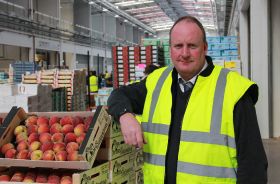 Ward said: "This state-of-the-art facility brings the markets firmly into the 21st Century and I'd like to thank traders for working with Birmingham City Council on this project.

“I'm sure Birmingham’s historic wholesale markets and the many traders working there will now grow from strength to strength."