The retailer announced plans to close 100 stores in total over the next four years, including their Simply Food outlets 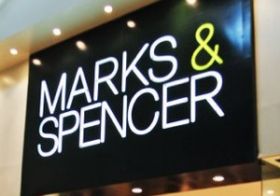 Marks and Spencer will close 100 stores by 2022 as part of their radical five year transformation plan.

The retailer's Simply Food stores will be caught in the scale back, with plans for 15 new outlets across the country now shelved.

The closure estimate was revised upwards today following the announcement of 14 further Clothing and Home stores, with M&S stating the decision is in line with plans to have a third of their sales from online purchases.

Marks and Spencer has struggled in recent years in the midst of a ferocious market share battle between supermarkets.

The company saw profits drop by almost two-thirds last year to £176.4 million last year although the chain’s performance in food (-0.8 per cent) was marginally better than in clothing (-3.4 per cent).

Sacha Berendji, retail, operations and property director at Marks & Spencer said closing stores “isn’t easy”. The company stated that hundreds of employees will be affected and offered redeployment ahead of any redundancies.

“We are making good progress with our plans to reshape our store estate to be more relevant to our customers and support our online growth plans.

“Closing stores isn’t easy but it is vital for the future of M&S. Where we have closed stores, we are seeing an encouraging number of customers moving to nearby stores and enjoying shopping with us in a better environment, which is why we’re continuing to transform our estate with pace.”

In 2016/17 a series of one-off costs also damaged the retailer’s profits, with £156m spent on making changes to its pension scheme, £132m on international store closures, and another £49m invested in changes to its UK store estate. The company lost an additional £44m when M&S Bank was hit by charges related to insurance mis-selling.

In March 2018 they hired a new managing director of food Stuart Machin to help ‘overhaul’ their food offering.