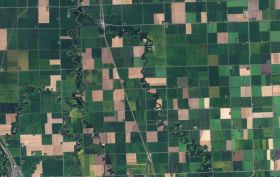 Researchers have claimed the EU’s food policy is failing to create a sustainable farming or protect public health.

Brexiters will revel in the new report carried out by the University of Pisa which suggests the CAP is failing to meet environmental goals and is riddled with gaps and inconsistencies.

Professor Gianluca Brunori of the University of Pisa said: “We assessed 10 different EU policies to judge how they contributed to a sustainable food and farming system. Available evidence shows that there are many inconsistencies, incoherencies or gaps.

“These should be addressed through an overarching policy framework, able to balance a mix of demand and supply side policy instruments, as well as food environment-oriented ones. We hope our research contributes to building a more ethical and resilient food system in the EU.”

Among the key examples cited were the failure of the CAP to deliver planned environmental benefits, reducing seed diversity at the cost of resilience goals, and little connection between EU laws to protect water from nitrate pollution and the CAP cross-compliance rules.

Another example of conflicting aims cited in the report revealed that The Food Quality Policy, for example, developed certification schemes to promote traditional products based on transparency and a fair return, but omitted explicit reference to environmental or nutritional criteria.

The findings will chime with industry figures in Britain who have long bemoaned the inefficiencies of the European agricultural strategy, such as payments for the amount of agricultural land owned, which also promoted perverse incentives such as felling trees.

Defra secretary of state Michael Gove has since promised a green revolution in British farming, stating the government will instead provide payments for farmers who promote “public goods” such as health and environment.

EPHA, Friends of the Earth Europe, IFOAM EU and Slow Food, who commissioned the study, stated: “There is an urgent need for the EU to build a sustainable, healthy and resilient food system. The current approach to food and farming is too much of a patchwork of incoherent and competing policies that are not attuned to promoting people’s health, the environment and the welfare of the farming community. The reform of the Common Agricultural Policy must be used to step back from vested interests and start building a food system that is fit for the future.”