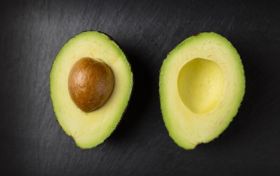 According to a press release, TFC has decided to work more closely with the Tzaneen, Limpopo province-based company following recent collaboration, with plans now in place for the new entity, Afrupro Investments Proprietary Limited, to provide loans to farmers in order to expand their operations.

“Producers will receive a low-interest financing option, for example, to invest in avocado trees and operating resources,” BayWa said in a statement. “Conversely, farmers will offer their harvest to Afrupro Exporters for marketing. TFC will hold 60 per cent of the new company.”

With growth in demand for avocados continuing to rise across much of the European Union, especially Germany, France, the UK and other parts of northern Europe, BayWa chief executive Klaus Josef Lutz said he believed the new partnership would allow both companies to capitalise on that expansion.

Other international markets, such as Asia, could also present new commercial opportunities, he added.

"As part of the BayWa specialisation strategy, the joint venture is a further building block to ensure the availability of goods - in this case, of avocados," he commented. "At the same time, we are strengthening our economic commitment in the growth market of Africa."

Since 2015, BayWa has cultivated close ties in both South Africa and Zambia with multinational group Barloworld, with whom it has cooperated in the fields of agricultural engineering and logistics technology.

In addition to its trading business, the Munich-based group has undertaken to introduce digital farming solutions to agriculture in the region and, together with farmers, has committed to developing water, energy and fertiliser-saving projects further.

While packaging and logistics for both regional and international markets are controlled from Tzaneen, in the north-eastern province of Limpopo, the producers themselves are located not just in Tzaneen but also in George, Western Cape, and Richmond Natal, KwaZulu-Natal.