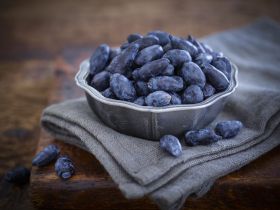 Berry and stonefruit specialist Soloberry has welcomed a report by the European Food Safety Authority (EFSA) that effectively gives the green light for three varieties of haskap berry – an elongated, rectangular blue fruit also known as honeyberry or blue honeysuckle – to be sold in the European Union.

EFSA’s assessment represents a significant breakthrough for Soloberry and other companies worldwide; buoyed by haskap’s reputation as a so-called superfood – for example, it offers higher levels of antioxidants than blueberries – they have been developing production of the berry over the past few years.

It is understood Soloberry and others are now preparing to launch commercial campaigns for the new berry type, although they are also awaiting final confirmation from the European Commission that the fruit can indeed be sold in the EU.

Having identified strong potential demand especially in Europe, Soloberry has emerged as one of the leading companies in developing haskap and bringing the berry to market.

In late 2015, it was discovered that the berry would need to be listed under the Novel Foods Act before it could be sold in the EU.

But in the meantime, the group has worked with grower partners in the Scotland, Poland, and Germany, and has managed to sell haskap outside of Europe, with interest reportedly increasing as far afield as Japan.

With trials taking place in the UK and Spain, and buyer interest noted in Canada, Europe and Japan, demand among producers and consumers in Europe has apparently continued to grow.

Soloberry’s development manager Piotr Janus has overseen a major haskap production trial in Poland, one of a number of areas to the north of Europe and North America that are particularly suited to growing the variety.

“We have taken time to really understand the product and to set standards and a specification with highly professional growers,” Janus explains.

“In line with Soloberry’s business strategy, of fully partnering with the best growers we have initiated long-term supply contracts and have focused our efforts to bring this product to market.”

Changes to legislation in January this year meant Soloberry could finally ask the EU to classify the berry as a traditional food.

The group undertook intensive research before submitting a dossier illustrating how, for example, haskap grown on the Japanese island of Hokkaido had been safely purchased and consumed for more than 25 years.

The paper is also believed to have demonstrated that haskap are as safe to produce as other berries currently on the EU market.

According to Soloberry, its food safety protocols have been enforced as part of its commercial farms in Poland, based on standards required by its major European retail clients.