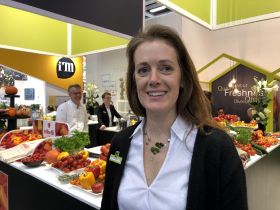 Leading Dutch plant breeder Enza Zaden has revealed it is now stockpiling a larger volume of vegetable seed at its UK depot to minimise any disruption to supply that Brexit could incur.

“We will have bigger stock than normal in the UK. It’s a good thing we expanded our warehouse in Evesham by about a third two years ago,” said Enza Zaden’s technical sales representative Jill Kooijman who looks after the UK market.

“We usually have only a couple of months of stock at the warehouse but we’ve got quite a bit more than that now,” she added.

“What’s more of a worry is that there could be empty shelves in British supermarkets. Perhaps another challenge will be for companies that get their plants propagated in the Netherlands and bring them to the UK because you don’t want them to get stuck at customs for 48 hours – they need to get them to the greenhouse as soon as possible.”

Concerns have been raised by the British Society for Plant Breeders that the number of fresh produce varieties available to UK growers could decrease after Brexit due to the costs involved in re-registering EU varieties on a national list.

However, Jill Kooijman said Enza Zaden’s list of varieties was already with Defra and that it was “just a paperwork exercise” to get them all registered.

Asked whether this could take time and affect availability of certain Enza Zaden varieties, she said: “I doubt it because the kind of seeds we supply in March, April, May will be in the UK warehouse by then.”