Berry sales on the up in Waitrose 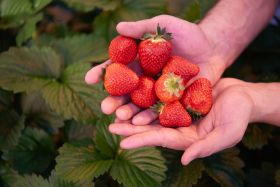 Fresh produce has been a star performer in Waitrose this month, helping to mitigate lower year-on-year sales overall due to last year's earlier Easter.

Waitrose also announced that from March it will be stocking berries that were grown and harvested in the UK during the winter. "Typically available from May, this development has been made possible by new growth innovations trialled by Waitrose and its suppliers in glasshouses that mimic the British summer," explained personnel director Jo Walmsley.

Total sales excluding fuel fell 0.5 per cent compared to the same period in 2018, Walmsley said, but Easter sales are already coming through even three weeks ahead of the event.