Comment: Paul Harvey, partner at business consultants Newton, outlines what retailers and suppliers can do to limit the damage of Brexit uncertainty 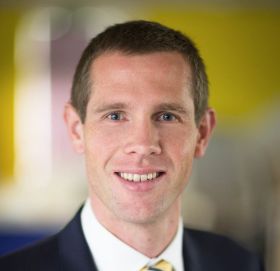 Naturally, there’s been a huge amount of focus on the inflationary impact of potential import tariffs and the possibility of avoiding them by sourcing British products. This could form an opportunity for some British farmers and businesses. However, for most, Brexit represents a risk rather than an opportunity, especially for suppliers of fresh or short-life products that cannot be easily stockpiled.

This is because Brexit won’t change the fact that competition between food retailers remains as intense as it’s ever been. Therefore, retailers will continue to be reluctant to raise prices to customers or accept cost increases from suppliers. This will put the squeeze on suppliers more than ever before – so how can they cope?

It’s essential that retailers and manufacturers understand the granular detail of their costs, from raw materials to transport, storage, processing and packaging. Some of these will be affected by Brexit, but the majority remain in a supplier’s control – and it’s through controlling them tightly that suppliers can escape the Brexit squeeze.

Packing accuracy is a common issue that impacts profit. For instance, in grape processing and packing, giveaway (when more product is packed than advertised on the label) can be as high as five per cent. We often find the necessary control is absent because packers – often agency workers – are not given sufficient training to understand the impact of ensuring the correct weight of grapes per pack as opposed to just ‘filling the container’. Even where this is well controlled, there’s a fine line between minimising giveaway and ensuring the line isn’t slowed by rejected, underweight punnets, which must be re-processed. Focusing on this one area can reduce giveaway by two to three per cent, which on high-volume lines, will save millions of pounds of product.

Line productivity can also impact profit. For example, there might be 30 people filling three grape punnets each per minute, but the machine can only secure the film lid at a rate of 75 punnets per minute. The people here aren’t the bottleneck – it’s the machine – and it can be fairly straightforward to amend that part of the line. The difficulty is identifying the correct issue and most effective solution in the first place.

Because Brexit may slow the processing and transport of fresh items from Europe, control of shelf life will become critically important in gaining or maintaining competitive advantage. When working with a blueberry supplier sourcing from South America, we found that properly sealing the berries in bags under the right conditions, prolonged their life for up to two weeks – effectively extending the season by the same period. A similar principle can be applied to quality, European produce, such as strawberries. A couple of weeks extra on a big-selling product could equate to a £2m saving and mitigate the life-shortening shock of Brexit.

Brexit may also drive retailers and their suppliers to take unnecessary precautions by holding several days’ worth of stock as a ‘buffer’ against a surge in demand or processing delays at the port. While this is the right thing to do on ambient or long-life products, this can be costly when it comes to fresh fruit and vegetables. This is because products with high water content, such as tomatoes, lose moisture and weight in storage, meaning the customer pays less for them at the till if they are sold by weight. This can result in a yield loss of up to 15 per cent, creating significant extra cost, and perhaps more importantly, potentially negatively impacting taste for the customer.

The common denominator with all these opportunities is they’re fully within a supplier’s control but hidden and require a forensic examination of operations to reveal them deliver change.

At a time when many suppliers may feel powerless, or worry about the impact of external factors, it’s only by staying focused on their own operations that suppliers can ride out the storm. By getting their own operation close to perfect, therefore supporting their retail customers through a difficult time, suppliers can better position themselves as long-term partners. This not only ensures they can ride the Brexit storm together, but also grow volume and profitability when trading conditions return to normal.

Newton has achieved significant savings for retailers and suppliers by analysing complex operations, such as supply chain efficiency and labour productivity. In fresh produce, we typically find that focusing on – and understanding – production methods and lines can achieve an increased yield of anywhere between one and five per cent, and a productivity improvement of between five to 15 per cent.