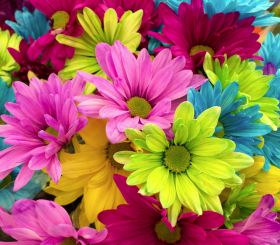 New Covent Garden Market is encouraging florists, growers and wholesalers to put Britain's best blooms on display in support of the industry as part of British Flowers Week from 10-16 June.

The celebration calls on florists across the UK to take part in the campaign by championing British blooms and encouraging consumers to buy British.

The floristry industry in the UK is worth £2.2 billion, and New Covent Garden Market points out that since its initiative started in 2013, sales of UK-grown flowers have increased from 10 to 12 per cent.

The exhibition represents the first time contemporary floral design has been given centre stage in a London museum.

Alastair Owen, head of communications and marketing at New Covent Garden Market, said: “We created British Flowers Week to show support for independent florists and growers and raise awareness of the magnificent calibre of flowers that can be found in Britain and to inspire people to buy more home-grown blooms.

"Getting involved in the campaign is a way for florists to connect with and support the British flower industry as well as provide a unique selling point to customers. We’re looking forward to continuing what the campaign has already achieved over seven years and reach even more florists than ever before.”