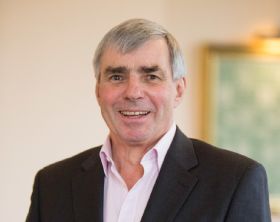 Branston chairman Guy McCracken is to retire from his role after nearly 10 years heading the board.

McCracken will leave the potato suppliers on 31 July and will be succeeded by Brian Stein, former CEO of Samworth Brothers, who is currently a non-executive director on the Branston Board.

Following the news McCracken said: “It has been a huge privilege to be Chairman of Branston and to play a part in its growth and development. Branston has an outstanding MD in James Truscott and I know James and Brian will continue to drive Branston forward in the future.”

With McCracken in the chair, Branston raised its turnover by nearly a quarter, up to £143million in 2017.

In a long career in food and fresh produce McCracken was a plc Board Director and joint managing director of Marks & Spencer before joining Branston, as well as chairman of Duchy Originals for seven years.

He was also the chief executive of food retail for the Co-operative Group where he oversaw the acquisition of rival Somerfield in 2008 for £1.57bn.