Group will examine impact on public health and environment, and look at how diets can be made more sustainable, affordable and healthy 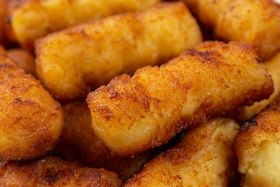 The House of Lords has appointed a new special inquiry committee to consider the links between inequality, public health and food sustainability.

It has been calculated that the poorest 10 per cent of the UK population would have to spend nearly three quarters of their disposable income on food in order to eat according to the government’s healthy eating guidelines.

Unhealthy foods are three times cheaper than healthier options, and in the poorest communities over a third of the places to buy food are fast food outlets.

Poor diets lead to long-term health problems as well as being bad for the environment – unhealthy foods are highly processed and therefore have a high environmental footprint. In addition, children growing up in Britain’s poorest communities are twice as likely to be obese by the age of five and are shorter by age 11 than those in the least deprived communities.

Chairman of the committee, Lord Krebs, said: “In a rich country such as the UK it is shocking that many people, including young children, cannot afford to eat a healthy diet, which will condemn them to long-term health problems. How has this been allowed to happen?

“Our inquiry will explore a range of diet-related issues facing all ages in order to ascertain how our diets can be made sustainable, affordable and healthy. Food, poverty, health and the environment all intersect so we will be looking at what role central and local government as well as the food industry and others have in contributing to food inequality and the problems it causes".

It is estimated that by 2050, £9.7 billion of NHS money will be spent on health issues arising from being overweight or obese, with wider costs to society estimated to reach £49.9bn per year.

At the same time many are going hungry. The new committee will consider how a healthier and more environmentally sustainable diet can be made accessible to everyone.