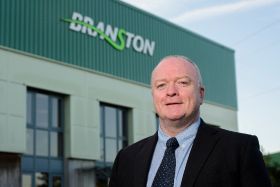 “I’m really pleased to be joining the Branston board, it’s a huge privilege. I look forward to sharing my experience with the team and being a part of its growth and development,” Quinn said.

Branston is one of the UK’s leading suppliers of potatoes, stocking retailers as well as seed potatoes for growers.

In May Branston chairman Guy McCracken retired from his role after nearly 10 years heading the board.

McCracken was succeeded by Brian Stein, former CEO of Samworth Brothers, and former non-executive director on the Branston Board.