Celebrity greens were once foods of last resort

Lauren Alex O'Hagan, research associate in the Centre for Language and Communication Research at Cardiff University, looks at how fortunes have changed for the likes of kale and seaweed 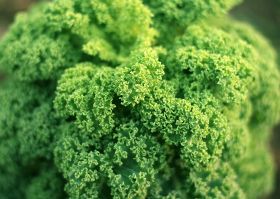 Many of our diets are, to some extent, determined by the whims of fashion. This is not an astute observation, nor a particularly new one – just consider the 1970s obsession with pineapple and quiche. But social media is undoubtedly ramping up the food fashion cycle.

One recent survey found that 49 per cent of adults learn about food through Instagram: avocado toast, turmeric lattes and cloud eggs were all first brought to the public’s attention through “foodstagramming”. Repeated posts on social media influence the reputation of particular foods, promoting them and making them exclusive within social circles.

Ironically, however, many of these trendy “Instagrammable” foods have a long association with poverty.

Ten years ago, you would have been hard-pressed to find kale in your local supermarket. But kale is now ubiquitous, from shops and social media to menus and foodie blogs, and has acquired a celebrity following from such stars as Gwyneth Paltrow, Michelle Obama and Beyoncé. The fame of this vegetable is largely attributed to an expensive media campaign in 2011 by the American Kale Association, which hired an entrepreneur to promote the product and remarket it as a superfood. But kale was once the food of the rural poor.

Kale has been grown in Europe for over 2,000 years and used to be so common that it was deemed only suitable for livestock. Considered to be hardy “but more curious than useful”, humans only ate kale as a last resort during times of famine or extreme poverty. For this reason, it acquired the nicknames of “poor man’s spinach” or “peasant cabbage”.

Kale became such a powerful symbol of Scottish peasantry that the word became used in Scotland to describe food in general, just as “bread” is sometimes employed. The word even lent its name to a 19th-century literary movement – the Kailyard School of Fiction – which provided a romanticised vision of rural life in Scotland.

As kale was considered to be a “last-choice winter green” if no other crop was available, it became one of the chief vegetables grown across Britain during World War II’s Dig for Victory campaign. After the war, the vegetable widely disappeared again from dining room tables or became relegated to a garnish in salads or soup before its reemergence in 2011.

Today, in Africa, the lowly status of kale is still apparent. In Kenya, the poorer the family, the more likely it is that kale, known as sukuma wiki (literally, “to push the week”), is one of their main sources of nutrition. Consequently, it has been claimed that the premium prices that it commands in Western countries “might seem comical, if not downright ridiculous” to many Africans.

This difference between the way kale is regarded is a striking example of how the sociocultural meanings of a product can transform across time and space. What is a staple food for one person is a glamorised item to be “foodstagrammed” for another.

Another green vegetable has seen a similar rise to stardom. In 2018, seaweed topped a list of the world’s trendiest foods, while global sales of seaweed-based products are expected to exceed $87 billion by 2024.

The high reputation of seaweed in Britain has been attributed to recent celebrity endorsements from Jamie Oliver and Heston Blumenthal, as well as its growing status as a superfood. But throughout history, seaweed, like kale, was heavily associated with Irish and Scottish peasants.

Seaweed was first mentioned in a poem in AD563 by St Columba, who founded a monastery on the island of Iona and gathered it to feed the poor.

It is mentioned again in the 1774 travel writing of Martin Martin, who declared that seaweed was only eaten by “vulgar natives” in the Hebrides. This image was solidified during the period of the Highland Clearances between 1790 and 1820, when displaced people were forced to coastal locations and had to subsist by collecting and smelting seaweed to supplement their diet.

Equally, during the Great Famine of 1845-49 in Ireland, many communities relied on seaweed to survive, which contributed to the folk memory of people dying with their mouths stained green. Described by one sufferer as a “wretched substitute for food”, overeating of seaweed also resulted in people turning yellow as a result of excess beta-carotene. These hard-shaken images associated with difficulty and suffering have meant that seaweed was largely rejected from British cuisine – until recently.

One exception is Wales, where laverbread – made from seaweed and traditionally fried with bacon – has been a staple working-class food since the 17th century. Nonetheless, it was consumed almost exclusively by miners, fishermen, farmers and labourers, thereby gaining notoriety as a “a regional poor man’s food”. Indeed, some believe laverbread was simply a survival food, eaten because it was abundant and free to those who gathered it.

Ironically, today in Wales, laverbread can be found in upmarket restaurants as a sauce or as a garnish to local seafood. This quantum leap in consumer and price shows how food can be reinvented and acquire new meanings, particularly when linked with tradition and heritage.

So hipster food trends are rather paradoxical. On Instagram, users post images to promote a healthy, middle-class lifestyle, but their food choices are often associated with working-class toil and necessity. In 1825, the French philosopher Jean Anthelme Brillat-Savarin famously wrote: “Tell me what you eat and I will tell you what you are.” In the age of social media, this might be harder than ever before to figure out.