Crussh CEO Kavanagh to step down

Credited with driving the healthy food and drink chain to new heights, Shane Kavanagh is leaving to pursue new opportunities 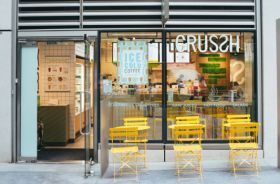 Healthy food and drink outfit Crussh Fit Food & Juice Bars is on the look out for a new chief executive after boss Shane Kavanagh announced he is stepping down.

Kavanagh, who has been with Crussh for four years, is leaving to pursue new challenges, the company said. He has been credited with boosting Crussh from a 28-store London-based outlet to an estate of 35, including stores in Birmingham and Bristol. He also forged partnerships with SSP and Sodexo, initiated an exclusive retail range with Sainsbury’s, and introduced workplace catering in WeWork across London.

Kavanagh leaves his role at the end of February but will retain an advisory role while a new CEO is appointed. Executive chairman Jonathan Hart will lead the business in the meantime.

Hart said: “Under Shane’s leadership Crussh has successfully evolved a strategy of franchise, concession and product supply which is now delivering significant results. In tandem with this, Shane has navigated the core business through the most turbulent times ever faced by London’s food-to-go marketplace.

“With the prospect of rapid growth for our product supply business, we now have a fantastic opportunity to develop Crussh as a national and international FMCG brand alongside our company-owned, franchise and concession stores. Crussh has the potential to significantly build on its leadership in the healthy food-to-go sector and we are looking forward to finding someone with the skills and experience to take Crussh onto this next exciting phase of our development.”