Coronavirus: "some delays to garlic and ginger"

Suppliers of garlic and ginger yet to see adverse affects from coronavirus, but JDM Food Group warn of shortages later in March 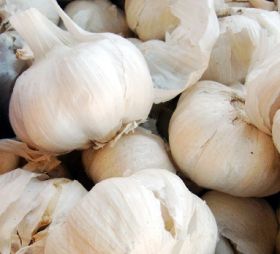 British garlic and ginger suppliers are yet to suffer serious impacts from the global spread of coronavirus, although shortages may hit at the end of March.

In Europe, coronavirus is having a “substantial impact” on Italian fresh produce after its northern regions witnessed an outbreak, with some retailers asking for guarantees that Italian products are safe.

JDM released a statement today affirming that there could be some garlic and ginger shortages at the end of March due to late containers, but that it wouldn’t hurt their supply.

The company sources garlic, ginger and other ingredients from China and also fixed-priced garlic from Spain.

“Only the technically advanced factories in China were allowed to ship around 14th/21st February, although most are now getting back to normal.

“Our Chinese suppliers have taken exceptional measures to educate their staff. They have implemented strict hygiene controls supported by the continual cleaning and sanitising practices of all work and ancillary areas.

“Further crop shortages are expected in the UK for two weeks around 24th March due to these late containers. However, JDM will not be affected if containers dock as planned.”

JDM said recent delays had in fact been caused by storms which slowed down consignment arrivals at UK ports.

With Spain another key garlic grower for UK businesses, has pressure on their stocks made life difficult for British procurement?

“It hasn’t had an impact as we get our garlic from Spain, and the ginger we have is in containers so hasn’t been affected,” says Mark Evans, managing director of Brecon business Beacon Foods, a supplier and processor of garlic and ginger.

“It hasn’t affected prices, as we’re on long-term contracts,” he adds.

Likewise, fixed contracts with long-term grower partnerships in Spain and China, mean that JDM has not been hit by fluctuating demand.

“Garlic and ginger prices from China have barely changed since before the start of the Covid-19 virus. Price movement in the UK is largely driven by the lack of supply.

“JDM prices to existing retail customers remain unchanged as a result of the virus. At present, notwithstanding the pressures of the virus in China, JDM are confident that they will move forward with full supply from China to all their customers, at previously agreed prices.”