Shipments to Europe up 43 per cent on last year, says Chilean Kiwifruit Committee 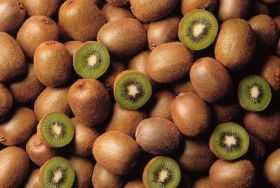 The Chilean kiwifruit campaign has got off to an atypical start as the coronavirus pandemic continues to disrupt global markets.

According to the latest crop report released by the Chilean Kiwifruit Committee, shipments to week 20 stood at 60,623 tonnes, a fall of 12 per cent on last season.

Shipments to Italy, France and the Netherlands were up 91 per cent, 63 per cent and 54 per cent respectively.

Carlos Cruzat, president of the Kiwifruit Committee, said the fact that the European market was relatively undersupplied had provided a good early opening for Chilean fruit.

Exports to Brazil and Mexico increased by 11 per cent and 29 per cent respectively, however, shipments to Latin America were down 24 per cent overall at 9,106 tonnes.

The Middle East market received 3,291 tonnes of fruit, an increase of 43 per cent on last year, with the UAE seeing a rise of 137 per cent. Russia, meanwhile, saw a fall of 51 per cent in exports.

Hayward makes up around 96 per cent of Chile’s output, with yellow varieties – predominantly Jintao – accounts for the remainder.