New body is a collaboration between government and industry, promising to protect British interests in future trade deals 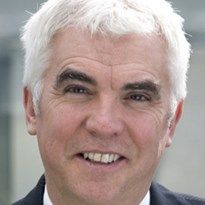 The government has officially announced the creation of a new Trade & Agriculture Commission.

The English, Scottish and Welsh branches of the NFU are all represented, as are the Ulster Farmers Union and the Farmers’ Union of Wales. Other members include the British Retail Council, UK Hospitality, the Food & Drink Federation and LEAF.

Reporting to international trade secretary Liz Truss, the commission will advise on trade policies the government should adopt to secure opportunities for UK farmers, while ensuring the sector remains competitive and that animal welfare and environmental standards in food production are not undermined.

It will also aim to advance and protect British consumer interests and those of developing countries, look at how the UK engages the WTO to build a coalition that helps advance higher animal welfare standards across the world, and develop trade policy that identifies and opens up new export opportunities for the UK agricultural industry.

The scope of the commission was agreed after consultation between farming unions, the Department for International Trade and Defra. It will be set up for six months and submit an advisory report at the end of its work, which will be presented to Parliament by DIT.

Truss said: “My officials and I are working round the clock to ensure that any trade deal we strike brings the very best opportunities to the UK’s farming community. We recognise the importance of engaging with the agriculture industry and seeking expert advice, which is why we have set up the commission.

“We are putting British farming first and giving our producers the best opportunity to export their world class food abroad and grow their businesses. Our high food and animal welfare standards won’t be compromised.”

Smith added: "The trade decisions the government is making now will shape the future not just of British food and farming, but the whole country, so it is important that the voices of industry and the British public are heard.

“This commission will bring a clear-eyed perspective on what is fair and works for consumers, farmers, food producers and animals. I am delighted to chair it, and look forward to independently advising the government on how trade policy can both protect and advance the interests of British farming and the UK as a whole.”

The move was also welcomed by NFU president Minette Batters, who described it as "a hugely important development in ensuring UK farming’s high standards of animal welfare and environmental protection are not undermined in future trade deals."

She added: "It addresses a crucial element of a much broader challenge in ensuring the UK’s trade policy delivers a prosperous and sustainable future for UK agriculture. This means securing trade deals that work for UK farmers and consumers, as well as our farmed animals and our environment, and we will continue to work with Parliamentarians so that they have proper oversight of our trade policy."