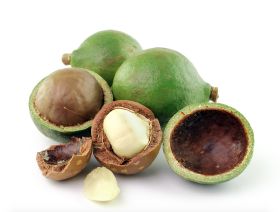 With South Africa’s macadamia nut production growing, the country has now joined other producer nations to boost the category.

“Approximately 98 per cent of South African macadamias are exported," she explained. "As global production is also increasing, we are currently in the process of formally establishing the World Macadamia Organisation.”

Pretorius said that member countries had agreed on five important focus areas for the new organisation.

“This is the collection of market intelligence, creating a central database on the world’s supply and demand statistics and to act as creator and the custodian of global quality standards," she outlined. "Furthermore the new association will coordinate health research and promote the publication of the positive outcomes of that research, and launch actions to promote macadamia consumption in current markets and identify new markets and promote consumer demand and awareness in these markets.

Pretorius said that approximately 98 per cent of South African macadamias were exported.

With macadamia nuts representing less than 2 per cent of the world’s total tree nut basket, there is much scope for growth.

“Due to the high and increasing demand for nuts, macadamias do not need to compete for their piece of the ‘nut-cake’ as it continues to grow," Pretorius continued, adding that globally, Africa is currently showing the strongest growth, followed by China, which is not yet near its full production levels.

“Reviewing currently available production data, together with new tree plantings, indicates that production will steeply increase during the next ten years," Pretorius added. "Exactly how much tonnage will be produced remains an uncertain due to various variables that needs to be taken into consideration over this period."