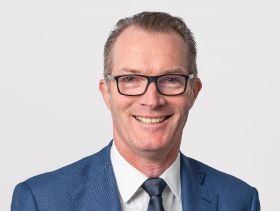 Greencore chief executive Patrick Coveney has been appointed the new IGD president by its board, replacing Morrisons chairman Andrew Higginson.

Already an active member of the grocery research charity’s Policy Issues Council (PIC), Coveney will take on the presidency on 1 January 2021.

As the first chief executive of a private-label manufacturer to be appointed to the role of IGD president, Coveney brings new knowledge and industry experience to the role, which the grocery insights charity said marks “a new and exciting chapter in IGD’s journey”.

“I am delighted to welcome Patrick as IGD President,” said IGD chief executive Susan Barratt. “With many years’ industry experience, Patrick is incredibly well respected across the sector.

“His experiences of private label food manufacturing, alongside his vision and leadership during the challenging times that the industry is facing, will help bring a new perspective to our organisation. I am very much looking forward to working together as we drive the evolution of IGD.”

Coveney has led Greencore, one of the UK’s largest convenience food manufacturers, since 2008, and previously served as the group’s chief financial officer.

Supplying grocery and other retailers, including all of the major UK supermarkets, the group has strong market positions in a wide range of categories including sandwiches, salads and sushi.

The Greencore chief also currently serves as a non-executive director of Glanbia (an Irish supplier that mainly specialises in sports nutrition as well as dairy and non-dairy products) and non-executive chairman of Core Media, Ireland’s largest marketing communications group.

“It is a privilege to become president of IGD, an organisation that I have enjoyed working closely with for many years,” Coveney said.

“I am looking forward to working alongside the trustees, PIC members and executive team, to make a positive impact during this period of immense change for the food and consumer goods industry.”