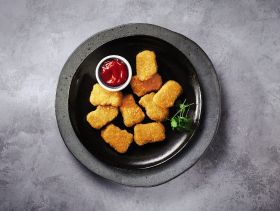 The discounter hopes to tap into the growing popularity of meat-alternative meals with its new Plant Menu range, which has launched into stores this week.

At £1.49 there are No Chicken Nuggets and Fishless Fingers, while a No Chicken Masala is selling for £1.99. The latter won Best Vegan Ready Meal at the PETA 2020 Vegan Food Awards.