Decline driven by down seasons in China and Europe, the world's largest peach and nectarine producers 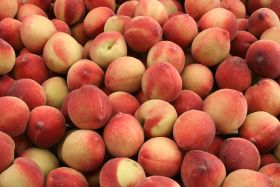 World peach and nectarine production is forecast to drop by 1.1m tonnes to 21m tonnes for the 2020/21 marketing year as adverse weather conditions impact output in top producers China and the European Union.

According to a report from the USDA, the output of many of the largest stonefruit producing countries is set to contract during the year (1 January 2020-31 December 2020 for the Northern Hemisphere, 1 November 2020-31 October 2021 for the Southern Hemisphere), with Turkey standing out as the major exception.

Heavy snow in April affected fruit set in China’s major peach growing provinces, which is expected to contribute to a 500,000 tonne drop in overall stonefruit production to 14.5m tonnes. Its exports are also predicted to drop by one third with the continuing Russian ban on Chinese fruit a contributing factor.

The EU is forecast to produce 3.5m tonnes, a decline of over 600,000 tonnes following near-record volumes last year.

The US is the other major producer expecting a decline due to weather with damaging freezes resulting in a projected crop of 691,000 tonnes, down 26,000 tonnes from 2019/20.

Bucking the trend is Turkey, which is anticipating growth for the sixth straight year. This year its production is predicted to rise 40,000 tonnes to 870,000 on good weather during bloom and harvest. This should see a corresponding rise in exports, which is also spurring further investment and expansion from the Turkish stonefruit industry.

“Higher supplies and less expected competition in Russia due to the absence of China is expected to drive (Turkey’s) exports up 40,000 tonnes to a record 140,000 tonnes, nearly tripling in four years,” the report said.